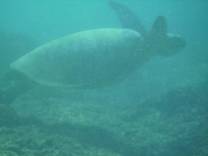 Oahu or the gathering place is Hawaii's most populated island reaching almost one million inhabitants. On top of that there are over a million visitors each year that visit Waikiki Beach, the crater of Diamond Head and Pearl Harbor, which are without doubt Oahu's top attractions. Waikiki Beach is a crystal clear white and touristic beach known since the sixty's as the place in Hawaii to learn surfing. Waves are huge here but Sunset Beach along the north shore often has even larger waves which are too big and dangerous to conquer.

But Oahu is more than sunbathing and climbing a volcano's cone. Waimea Valley, Waimea Bay, Waimea Falls Park and its botanical gardens are great after lunch walking trails. Honolulu is a great city to stroll around (for accommodations visit Honolulu Hotels), visiting Bishop Museum with its Polynesian exhibits and galleries or Honolulu Academy of Arts. Visit the USS Arizona Memorial which was the American warship with the most casualties during the Japanese invasion of Pearl Harbor, a few miles west of Honolulu. Take a look at the Waikiki Aquarium and Sea Life Park where you can see what kind of animal life you can meet under water. Scuba certification and introductory courses are plentiful and can be found at each street corner.

There is diving all around Oahu's shores, especially just south of Honolulu at World War II wrecks such as the YO-257 , Sea Tiger and at Hanauma Bay and the west side near Maili. There are plenty of air plane wrecks, lava formations and grottoes with plenty of marine life, pelagic fish and coral formations.